What About BOB? A Guest Post from Jordanna East 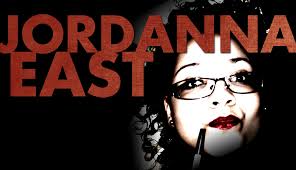 No, not the early 90’s movie starring Bill Murray. B.O.B. = Bug Out Bag Every household should have one. Our household has two. (But we also have some kick ass weapons, so when the lights go out, don’t try to steal our stash.) You might think you don’t need one. But you do. One only needs to think back a few years to confirm this. Hurricane Katrina is the obvious example that comes to mind, with the Boston Bombing Manhunt (and subsequent city lockdown) as the most recent. But think about Hurricane Sandy or the NYC blackout last winter, which was related to Sandy. The people who were prepared surely had the easiest go of it. Hubby-pants and I weren’t always so prepared. Then I read Run by Blake Crouch. Then Half Past Midnight by Jeff Brackett (Now that dude was prepared!). And most recently, Stephen King’s Under the Dome. (Chazz’s This Plague of Days is next!) These books will terrify the pants off you if you’re not prepared for tragedy to strike your area. So last year, Hubby-pants and I started watching Doomsday Preppers on TV. (We admit, some of those people are just plain and simple whack-jobs. Others were just trying to be prepared. We learned from the latter) We took notes, had our Amazon wish lists at the ready. And here’s what we ended up with:

Of course, we’re still missing a lot of stuff, but we continue to add to our stash. It’s a start. If there’s a natural disaster, a city-wide lockdown, or a PLAGUE OF DAYS, we’re more prepared than most. Can you say the same about yourself?

BIO Jordanna East readily confesses that she started writing a novel one day when she was broke and unemployed. Her cable had been turned off. SHE WAS BORED. So she sat down on her bed and started writing…and she hasn’t stopped. Though, now she has cable and pens her Psychological Thrillers at an actual desk. Blood in the Past is the prelude novella to her debut Blood for Blood Series, which follows three lives entwined by deaths and consequences, revenge and obsession. Blood in the Past is scheduled for release June 19, 2013.